What is an advance book contract for academic books?

Typically, an advance academic book contract (or a pre-publication book contract) is a contract that a press issues to an author based on a proposal alone (with or without two sample chapters). An advance contract commits the press to reviewing the full manuscript and publishing it if it is acceptable. It also commits the author to submitting the full manuscript to that press (and, therefore not any others) when it is ready.

Is an advance contract the same as a normal book contract for academic books?

If you need a “book contract” for tenure, you likely need a full book contract, not an advance contract.

How would I know if a press offers advance contracts to authors of first books?

Few press websites indicate whether they offer advance contracts, whether to any authors or authors of first books specifically. I would recommend you get this information in one of two ways.

First, query colleagues who have recently published with your target press. They will be able to tell you whether they received an advance contract or whether the press only offers full contracts based on positive peer review reports of the complete manuscript.

Second, if and when you meet with editors about your project at conferences, you can ask whether they typically offer advance contracts.

What would a press offer an advance book contract based on?

What are the benefits and disadvantages of an advance book contract for academic books?

You can think of an advance contract as committing you, the author, to send your full manuscript to the press and committing the press to publish your book if it receives favorable peer reviews and editorial board support.

Because they are awarded to authors whose manuscript is not yet complete (and might, in the end, never be finished!) advance contracts typically mean little to tenure and promotion committees at research-focused institutions. Rather, in those committees’ eyes, a full academic book contract (based on peer reviews of the complete manuscript) carries much more weight.

An advance academic book contract, which signals a press’s interest in a project, can carry some weight for fellowship applications to research and write said book.

Additionally, as Karen Kelsky of The Professor Is In suggests, an advance academic book contract might make you a more attractive candidate for tenure-track jobs while still allowing your book to “count” for promotion and tenure at your future institution. You would want to get confirmation in writing, though, and get a trusted mentor’s support in navigating such a situation when you are in the offer negotiation stage.

Will an advance contract come with compensation?

For authors of humanities and social science monographs, typically, no. The only instance I have ever heard of is Kelsky’s, who did receive a book advance. She, too, acknowledges that this is far from the norm. 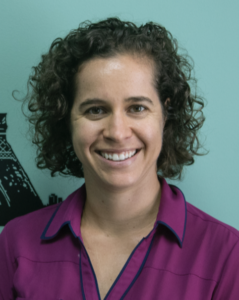 My Most Popular iPad Pro Posts

Note: Some of the links in this post are affiliate links, and I will be compensated if you make a purchase using them, at no cost to you. I only recommend things that I truly believe will help you in the ways outlined below. For more details, see my full Disclosure Page.